The HAB season is coming to an end, but algal blooms could still occur at Detroit Lake. Weather forecasts suggest that water temperatures at the lake will continue declining, discouraging further growth. These forecasts are not yet incorporated in our models, suggesting that this week’s prediction is somewhat conservative. 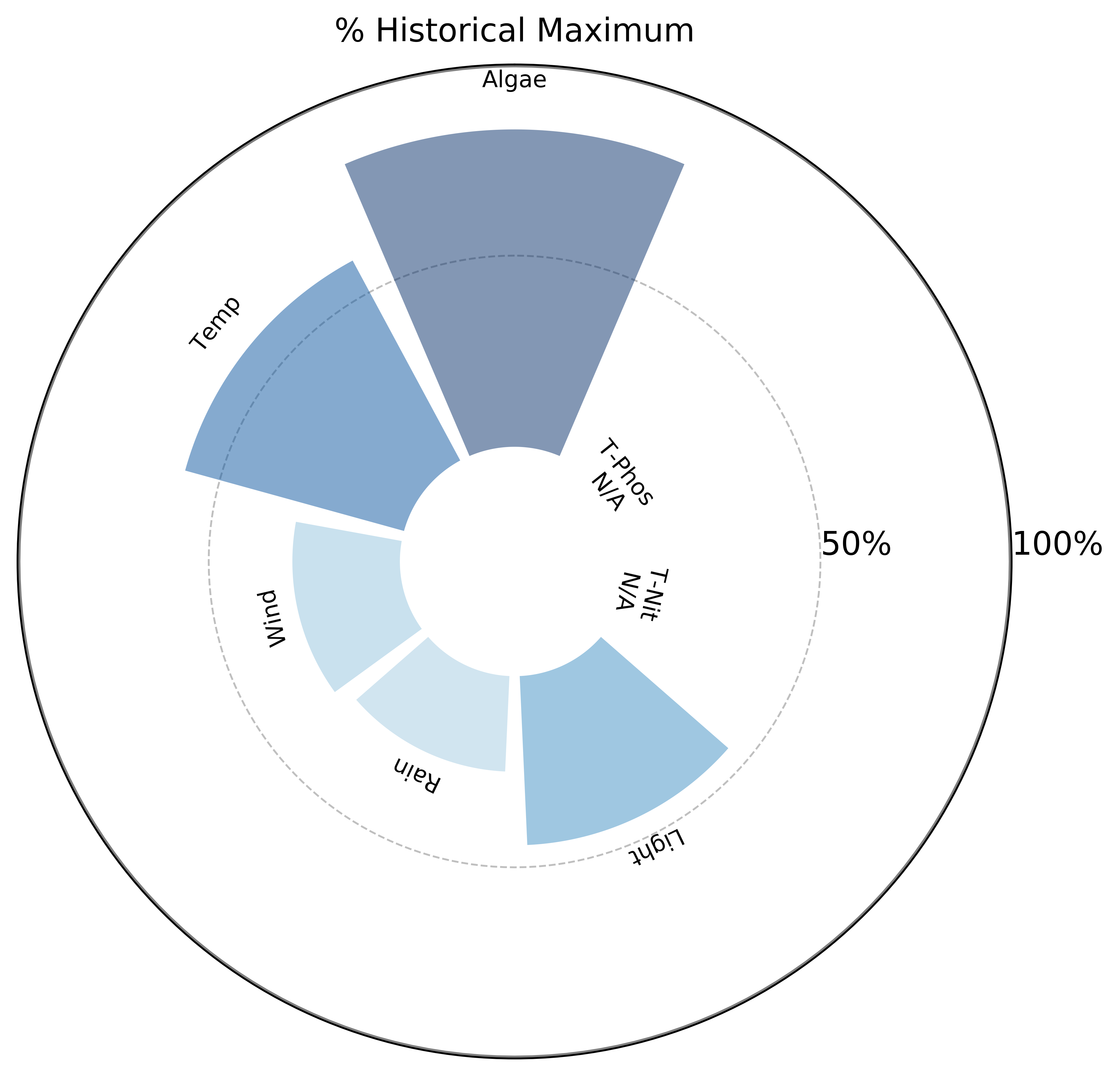