The HAB season is coming to an end, but algal blooms could still occur at Detroit Lake. Weather forecasts suggest that water temperatures at the lake will continue declining, discouraging further growth. These forecasts are not yet incorporated in our models, suggesting that this week’s prediction is somewhat conservative.

Water samples were analyzed last week for nutrients and algal concentrations, however this late in the season the samples are often taken only at the water processing plant and not at the lake. As a result we have posted the most recent algae levels, which are likely higher than those at the lake.

In addition, information on the weather was collected. These data are presented below as a percentage of their historical maximum. The nutrient data have been absent this season as the processing time for nutrients is on a two week time scale, whereas our predictions are given at weekly intervals. 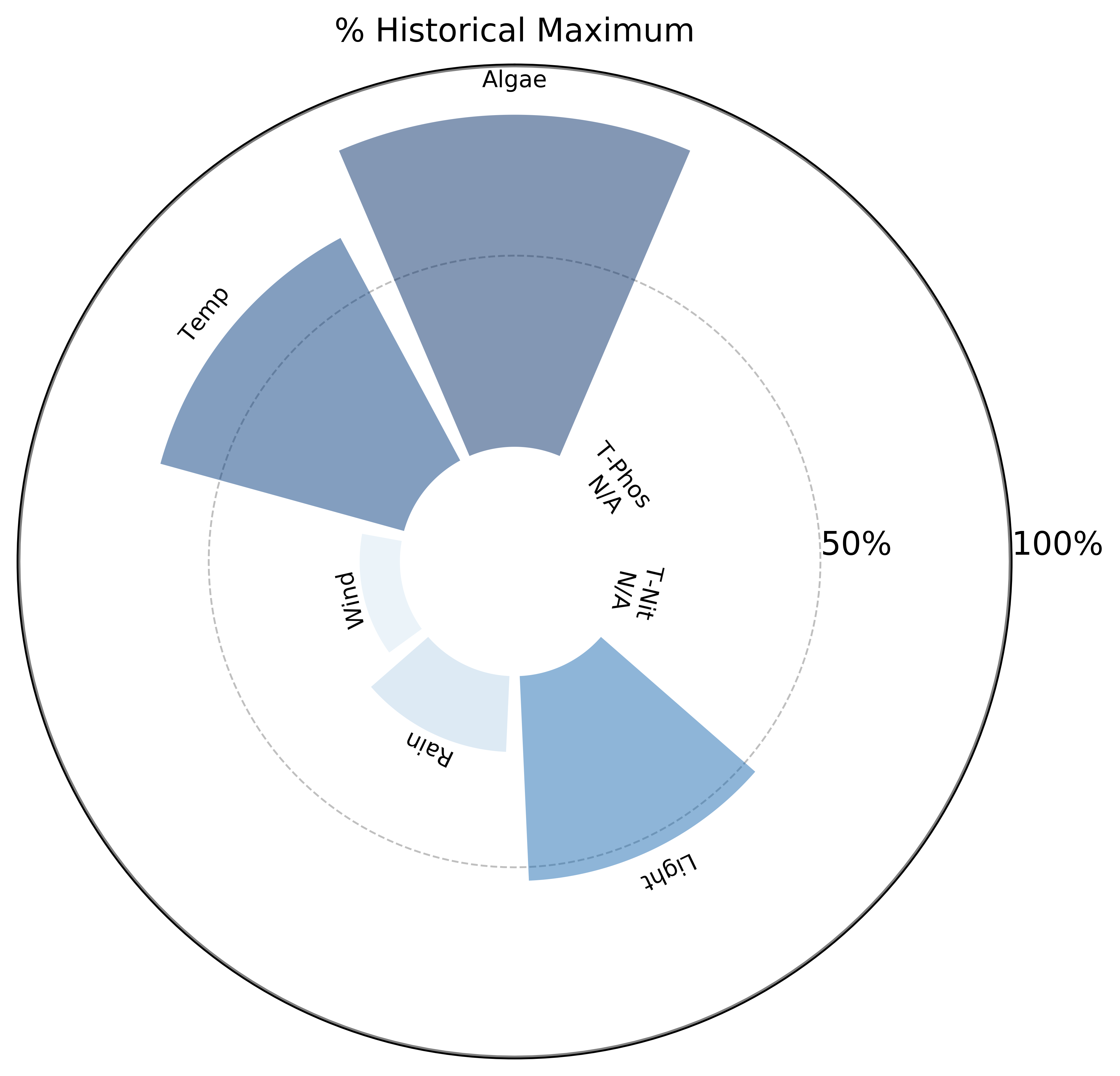 September/October is historically the end of the bloom season. We can expect the algae levels to decline as cooler weather arrives and sunlight diminishes.