Our models suggest that algae will remain abundant in Detroit Lake over the next week, and that toxins may occur.

Probability of occurrence (%) of different algal concentrations (left) and whether a toxin will be present in the water (right) in the next week (note that the toxin predictions are still highly experimental).

Water samples from the lake were analyzed last week for nutrients and algal concentrations. In addition, information on the weather was collected. These data are presented below as a percentage of their historical maximum. 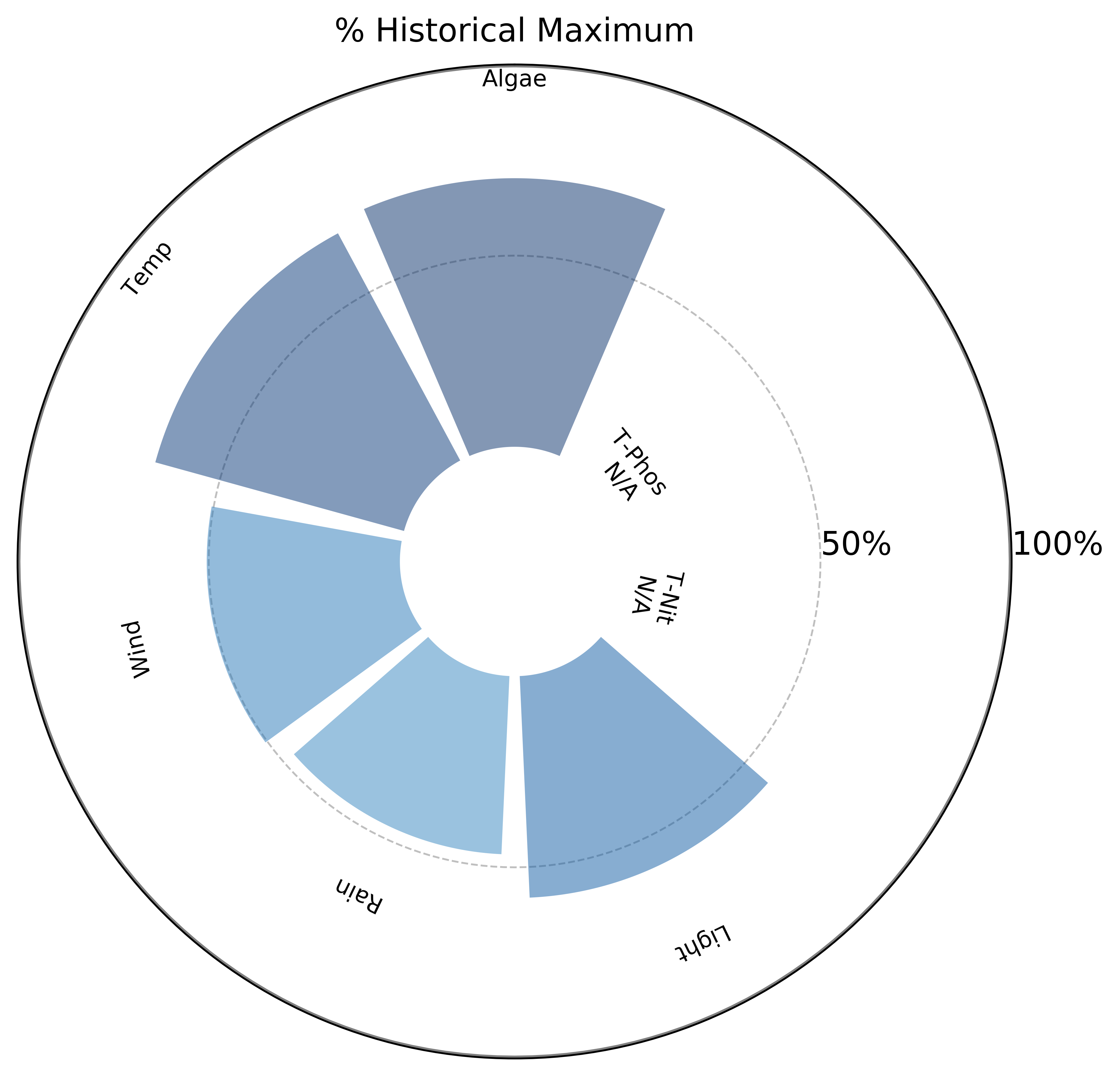 Detroit Lake often experiences algal blooms in June, some of which are toxin-producing. It is still early in the season, and June is a month with considerable chance for a bloom event.